Ukraine went to the Tokyo Olympics and brought home 19 medals of which was made of gold.

The Olympic Games in Tokyo has been good to Ukraine who won 19 medals in 12 different sports. 12 of the medals are bronze, 6 are silvers and one is a gold medal. It beats the Ukrainian medal count from the 2016 Olympic Games where Ukraine secured 11 medals. They did get two gold medals though, so some would argue that they did not perform as well this year.

Elina Svitolina won the first ever olympic medal for Ukraine in tennis, when she secured a bronze medal against the Kazakh Elena Rybakina. The biggest feat was probably still when Zhan Beleniuk won the gold medal in the men’s 87-kilogram Greco-Roman wrestling being the only gold medal Ukraine could take home this year.

USA won most medals. In total they took home 113 medals, 39 of which were made of gold. They won almost 30 medals more than China who took second most medals and more than twice as many medals as the host nation Japan, who won 52 medals. Great Britain won 65 medals as the third most winning team. 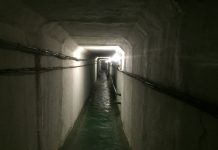 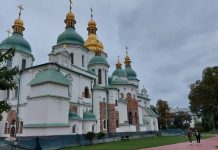