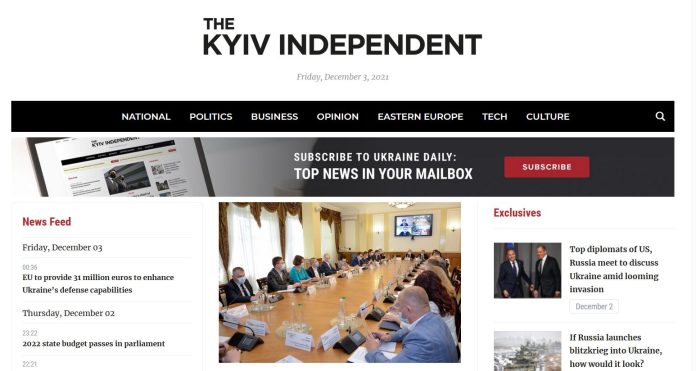 The fired staff from Kyiv Post has decided to open their own media outlet, The Kyiv Independent. They have just launched a temporary site.

Almost one month ago, the owner of Kyiv Post fired the entire editorial office. Many believed the decision to be an attack on independent journalism in Ukraine. However, the staff was not so easily deterred and quickly announced that they would be opening their own media outlet, though they did not immediately uncover their vision for this new service.

However, now they have. And more than just sending out a press release, the team behind the old Kyiv Post have now opened the Kyiv Independent, a new media outlet promising the English speaking audience “to serve as the true, independent voice of Ukraine,” as they wrote in their about section.

The team behind the Kyiv Independent has come out guns blazing. Already you can read how watchdogs believe that President of Ukraine Volodymyr Zelenskiy has been appointing tainted judges, and speculations about how a Russian invasion of Ukraine would look like written by Kyiv Post’s former defence reporter Illia Ponamarenko.

The past year has been a tough one for the English speaking people interested in Ukraine. In June, the English version of the news agency Unian was shut down. This left Interfax-Ukraine, Ukrinform and Kyiv Post available for classical news coverage. This was further reduced with the shutdown of Kyiv Post in November.

For about a month, only Interfax-Ukraine and Ukrinform was delivering regular news to people not speaking Ukrainian or Russian, but Ukrinform is notoriously pro-government, while Interfax-Ukraine rarely adds context to their news telegrams, making it harder to see the bigger picture from their news.

Scania is going to the courts – again