The State Agency for Tourism Development of Ukraine is working on a new concept.

When Covid-19 is over, tourists visiting Ukraine might be able to experience Ukraine in a different light. The State Agency for Tourism Development of Ukraine has begun working on a new concept of “mystical” tourism, according to Unian. The plans were revealed by the company Sych, which is an advisor to the state agency.

“It’s no secret that in any society there is always a part of people who are attracted by something beyond their understanding, something unexplored, something that is difficult to explain rationally, things associated with mysticism,” an employer in Sych is quoted saying.

“Ukraine, as a country with a rich historical past and developed mythology, has a lot to offer the world. Mysterious caves, romantic ruins, mentions of ghosts in castles and palaces, mystical folk customs, witch hills, Carpathian molfars (witchers in Hutsul culture), natural anomalies, and local myths – all this attracts tourists.”

A sector in need of a rebound

Exactly, what will be done to promote “mystical” tourism is still not clear. But the employer says that everything possible to increase the attractiveness of the country’s regions will need to be done. There are, therefore, not only focus on this type of tourism.

Ukrainenu previously wrote about the hidden gems in Western Ukraine – home to many castles with a rich history. In one of them, there is a torture chamber.

Ukraine is also in need of new tourism ideas. Previous numbers have shown that tourism in the Ukrainian capital Kyiv, for example, declined by 85 percent last year to only 300,000 visitors. Around two million visited Kyiv back in 2019. 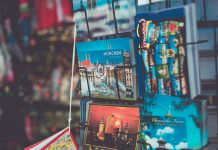 Tourism made a small rebound compared to last year 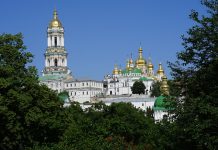 Covid update: The Delta variant has been detected in Ukraine