Arguably the largest diplomatic effort of the Zelensky Administration has been the establishing of the Crimea Platform, a multilateral summit of world leaders and international organizations meeting to reaffirm their support for Ukraine. But besides talk, nothing much happened on the long awaited meeting.

Essentially, the Platform was a long round table talk about the situation on the Crimean Peninsula, that has been occupied by Russia since the annexation in 2014. The general template for the speeches held by different presidents, ambassadors and ministers of foreign affairs was listing human rights violations in Crimea followed by a “supporting the territorial integrity of Ukraine,” and a “Crimea is Ukrainian.”

History was made in Kyiv this morning. Thunderous applause as president Zelensky @ZelenskyyUa closes the inaugural meeting of the #CrimeaPlatform with the adoption of the declaration supported by 46 delegations. @DanishMFA @MFA_Ukraine pic.twitter.com/FnuCsM2W7j

This was echoed in the joint statement released following the meeting, where the partners underlined “that any alteration of the status of the Autonomous Republic of Crimea and the city of Sevastopol as an integral part of the sovereign territory of Ukraine is not and will not be recognized, and that Russia’s efforts to legitimize the temporary occupation and illegal seizure are unacceptable.”

In Russia, who unsurprisingly did not participate in the Crimea Forum, the event has sparked outrage. The Russian ambassador to Germany, Sergey Nechaev, called it a “provocation event,” which was meant to undermin Russian territorial integrity. It didn’t even help that Zelensky invited Russia to the meeting.

Still, while the Russians have been angrily anticipating the event, the actual uneventful line of speeches today did nothing to douse the flames. As Tass, the Kremlin news agency, quoted a spokesman saying:

“We regard this event as extremely unfriendly towards our country. We absolutely do not accept such assertions relative to the Russian region, to Crimea. In this regard, the attitude is absolutely clear: we view it as an anti-Russian event,” the Kremlin spokesman affirmed.

This is only outdone by the Russian minister of foreign affairs, Sergey Lavrov, who called it “a coven where the West will continue to groom neo-Nazi and racist attitudes of the current Ukrainian authorities.”

As only countries agreeing with Ukraine showed up to the meeting, not a lot of minds were changed today, and we have still to see, if the Crimea Platform will come with any real change for the people in Sevastopol and the rest of Crimea. 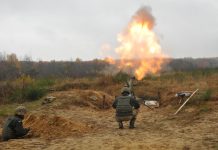 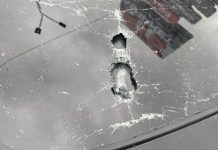 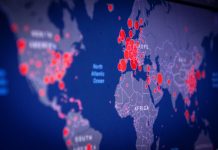 COVID abroad and at home: Here are your options