Director of the Swedish bank SEB, Kristian Andersson, tells Ukrainenu that the recent increase in inflation is a bad sign but that there is no reason to panic. The National Bank of Ukraine can get it under control but raising the interest rate in the summer.

The inflation rate in Ukraine has increased to 9.5 percent in annual terms, which is almost double last year’s inflation rate of 5 percent. Inflation was 8.4 percent in April and steadily increased over the previous few months due to an increase in the price of raw materials and food. It is now higher than the 8 percent that the National Bank of Ukraine, NBU, forecasted for this year. Ukraine’s central interest rate is 7.5 percent, and some have been arguing that the National Bank of Ukraine might soon increase it to fight inflation.

Ukrainenu has spoken to Kristian Andersson, Director of the Swedish bank SEB, and he finds it unlikely that NBU will increase the interest rate at their next meeting on June 17.

Instead, Andersson believes that it is more likely that NBU will increase the central interest rate at a meeting on July 22 or at another meeting in September.

“They will have to do more if they want to fight inflation, and I speculate that they are not doing this because of the strong signals from the President,” says Andersson, who does not feel that there is a need to be very concerned at the moment. 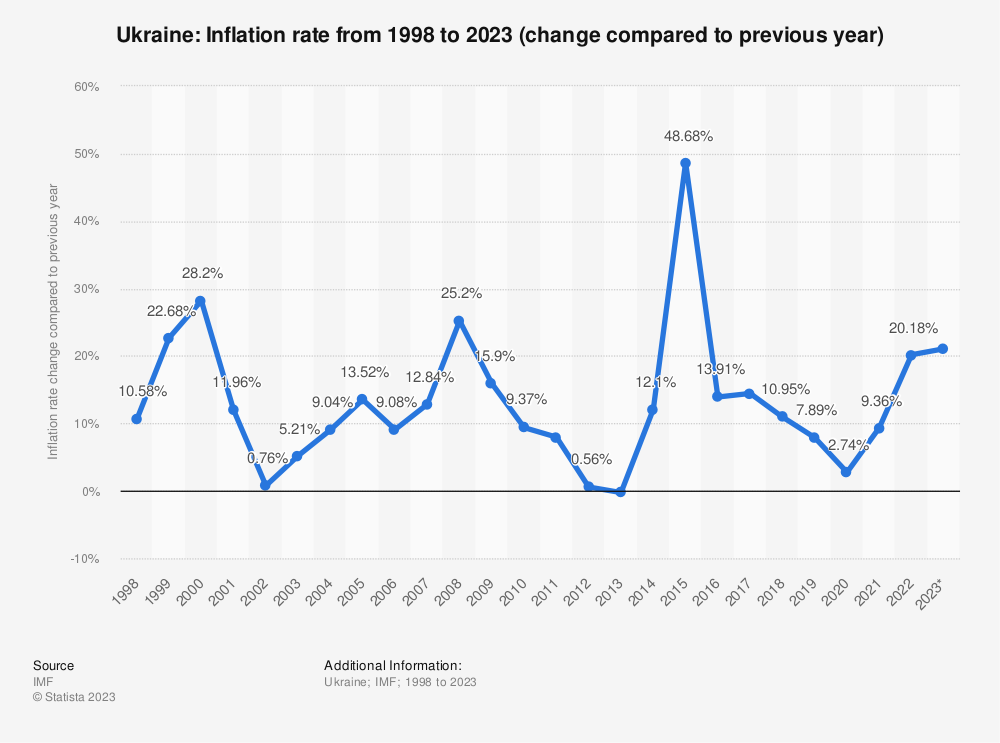 Andersson refers to events taking place last year, which makes many follow the recent events closely. The previous governor of NBU, Yakiv Smoliy, left his job last year after what he called “systematical political pressure,” which, he said, made it difficult for him to fore fill his job. It made several international organizations worried about NBU’s independence.

Kyrylo Shevchenko replaced Smoliy as governor and guaranteed independence. Still, it has not silenced all critics, mainly after Zelensky openly talked about the ideal exchange rate and how he would like to see a continuing low central interest rate in Ukraine.

The question about IMF loan

Ukraine agreed to a five billion dollar loan with the International Monetary Fund IMF last year, which was supposed to support the Ukrainian reform program. However, since Ukraine was paid the first tranche by the IMF, cooperation stalled. IMF has been insisting that Ukraine isn’t fulfilling its obligations, such as securing the independence of NBU. In recent months, several politicians and NBU have been out and ensuring that negotiations about resuming the loan are ongoing and that a deal with the IMF will soon be reached.

Andersson, however, says that he is skeptical about those claims.

“I do not see a lot of good things about the negotiations with the IMF, despite what the Ukrainian institutions say,” says Andersson, “Ukraine says that everything is well, but the IMF says something different. I don’t expect that the program will be resumed shortly. The IMF has very clear requirements for Ukraine; they, for example, need to make changes in the judiciary reform. Until Ukraine do that, IMF will not pay the next tranches.”

To make it even more confusing, the IMF might give Ukraine 2.7 billion dollars this summer as part of a Covid relief program. It is not part of the 5 billion dollars conventional IMF program agreed on last year and does not require that Ukraine implement reforms.

“If Ukraine gets these Covid-money – and they might very well come – then they might not need the other loan from the IMF,” says Andersson, “It is a shame because Ukraine then might not be doing any real reforms that the country needs.”

Ukrainians earn money on bitcoin: Number ten in the world