They have been attacked several times by right-wing groups, but they continue to work for a better Ukraine where everybody can be free.

Right-wing groups have targeted the art center TU Platform in Mariupol on several occasions for their tolerance against minority groups such as LGBT people and their advocacy for change in the city – just a few kilometers from the frontline in Donbas.

A bullet hole in a window bare a visible sign from a previous attack, and someone has written “I hate LGBT people” on the front of the building. The people at TU Platform have decided to add a “do not,” so it instead reads, “I do not hate LGBT people”.

“We are promoting human rights and freedom,” says 41-year-old Diana Berg, the director of TU Platform, which USAID supports, “We believe that combining youth and culture can prevent war. We are the only place in Mariupol which develop culture.”

Mariupol is a city of about 430,000 people and is marked by the war nearby. TU Platform is a place where all kinds of minority people are welcome, and it has resulted in many pushbacks from conservative voices in Mariupol. Among them right-wing people.

“We are creating a safe place for everyone who wants a free space to feel free,” Berg says, “We are not a gay club, but a place where all kinds of minorities can come. People are free to express themselves, and we arrange many demonstrations to be visible.”

Many of the people coming here are teenagers. The center focuses on art and offers classes in such things as graphic design to empower people to make a living out of their craft. Such courses are offered for free or at a low cost so that income isn’t a barrier.

There is art on every wall in the center, where artists can showcase their art. Several posters explore the concept of tolerance, and an artist uses rocks and other things to explore whether it is possible to have a world with patriarchy. The answer was no. The art center is currently working on a board game about how to make creative protests.

“Mariupol is a military-dominated society. We try to make the world less black and white,” says Berg, “We don’t have the numbers to make large women’s marches or something like that here in Mariupol, but we can make ourselves seen through art. We can make things which are making headlines, and hopefully, it will change something.”

“I am sure that we are making a difference,” says Berg, “One of the workers here was suicidal only a few years ago, and he is flourishing now. We can see small changes everywhere. We give hope and possibilities to people who do not always have options.”

The center was created five years ago. 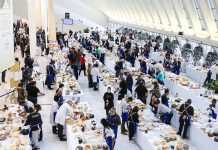 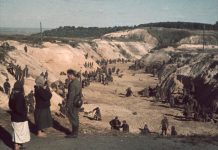 80 years after the massacre, Ukraine remembers 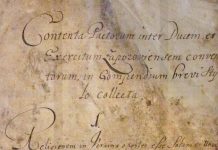